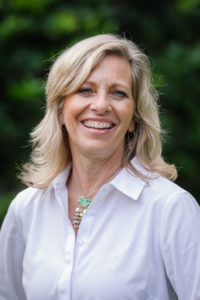 Penny Rafferty has been part of the League for 25 Years. Her past placements include: President, Finance Director, Parliamentarian. She has also chaired many fundraisers, Cookbook, and By-laws. Cookbook was the most impactful to her because it was among her first placements in Savannah. It allowed her to meet new people, including her friend Melanie Finnegan.

Penny is a Realtor and owner at Penny Rafferty Realty. Penny has a husband (Jim), two children (Katie and Ryan), and Spot the wonder dog! She just finished updating her kitchen.