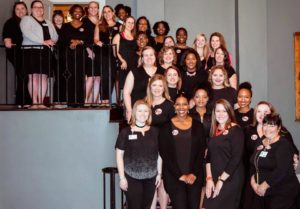 The Junior League of Savannah participated in the Little Black Dress Initiative (LBDI) on March 4 – 8, 2019. Throughout the week, LBDI Advocates wore the same black outfit for five consecutive days to illustrate the effects poverty can have on a woman’s access to resources, her confidence, and professional opportunities. By wearing a button that reads “Ask me about my dress,” Advocates are invited to dialogue among colleagues, friends, and strangers to raise awareness about poverty.

What is the Little Black Dress Initiative?

In February 2014, the Junior League of London pioneered the Little Black Dress Initiative (LBDI) with the goal to “make poverty unfashionable.” While their fellow Londoners were attending London Fashion Week, local Junior Leaguers were wearing the same black dress every day to work, parties, dinners, and events to raise funds and increase awareness of poverty in the city. The first campaign was so successful that they decided to take the initiative worldwide.

How does it work?

The LBDI is a week-long, social media-driven fundraising campaign that uses the iconic “little black dress” to raise awareness about poverty and its effects on women in society. The Junior League of Savannah is inviting Members and the community to wear the same black dress or outfit for five consecutive days along with a button that requests the public to “Ask Me About My Dress,” with the goal of sparking conversation and spreading awareness of the initiative and its objectives. Advocates are encouraged to harness the power of social media platforms to drive online donations, which are collected through a charitable fundraising site. The funds raised make possible the work and mission of the Junior League: promoting voluntary service, developing the potential of women, and improving the community. Following the campaign, participants donate dresses and other business-appropriate clothing to the Build a Bridge Foundation. 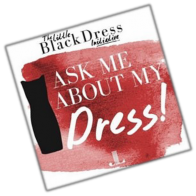 How can you get involved?

To support the Initiative, consider donating on our designated LBDI website.